Between the 26th and the 28th of October, Motofil was once again at Subcontratación, the industrial processes and equipment biennial fair of Bilbao (Basque Country, Spain).

Between the 26th and the 28th of October, Motofil was once again at Subcontratación, the industrial processes and equipment biennial fair of Bilbao (Basque Country, Spain).

To strengthen its presence in the Spanish market, Motofil participated in the twentieth edition of the biennial Subcontratación 2021 fair, in pavilion three of the Bilbao Exhibition Centre.

As this event addresses the issue of processes and equipment for production, it was attended by a very different variety of sectors, from the most basic processes of industrial subcontracting to the most advanced technologies in the market.

The three-axis H-Table with a robot in the center was in exhibition during the fair. The decision to show this machine was very intuitive, pretending to replicate the success it made at the last fair that was present at, Global Industrie 2021 (France).

The historical relationship between Motofil and the Basque Country was once again reinforced since this region was the Motofil's gateway to the Spanish market. It should also be noted that this presence at the biennial fair served to continue to strength this bond.

Victor Sanz, Sales Manager at Motofil Ibérica, stated that the objectives defined for this fair were successfully achieved, "although we are still in a post-pandemic context, we managed to have a good turnout at the stand", he said.

Subcontratación was also a good opportunity to present the plans for Motofil Ibérica and launch new social networks dedicated to this branch. 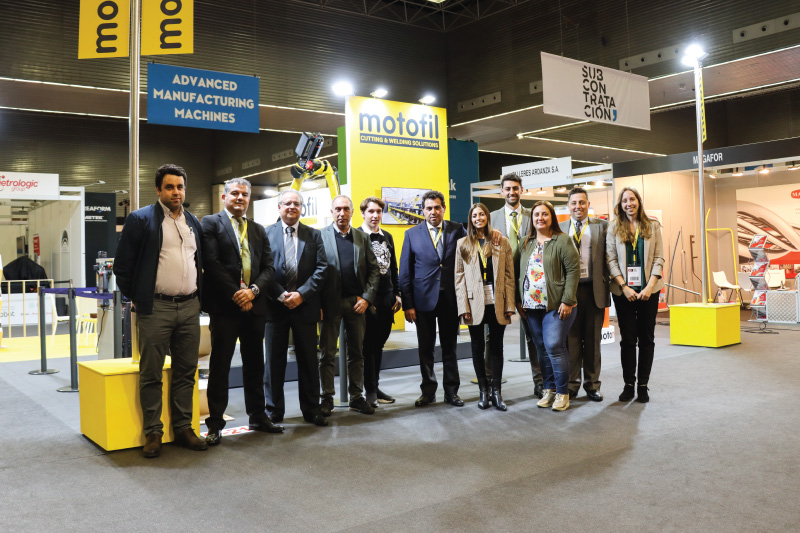 / MOTOFIL's team at the stand